10 February 8:00 p.m
Theater hall ufaFabrik
admission free
Manuel Göttsching wrote music history as a terrific guitarist and achieved world fame by taking the electric guitar to a new level.
Whether with the Berlin Krautrock pioneers Ash Ra Tempel in the early seventies or a decade later with his proto-techno classic “E2-E4” (recorded December 12, 1981).
In the ufa factory, where Göttsching rehearsed in 1978 with the Ash Ra Temple successor Ash Ra and recorded the album “Correlations”, a memorial event will be held in his honor on February 10th.
The Danish formation Cirklen, with whom Manuel Göttsching performed his legendary album “Inventions for Electric Guitar” (recorded in 1974) live in Copenhagen and in the Stettin Philharmonic, is coming to Berlin to perform it again. Lutz Lüül Graf-Ulbrich, a longtime musical accompanist since the 1970s, will honor Manuel musically and talk about the early days. At that time, the so-called Berlin School was formed with Manuel Göttsching, Klaus Schulze, Michael Hoenig, Tangerine Dream and Agitation Free in the Electronic Beat Studio. This innovative music later became the seal of quality for musical creativity from Berlin under the term Krautrock. She is also referred to as a pioneer of techno. With Manuel Göttsching, one of their most important protagonists passed away on December 4, 2022.
www.manuelgoettsching.com 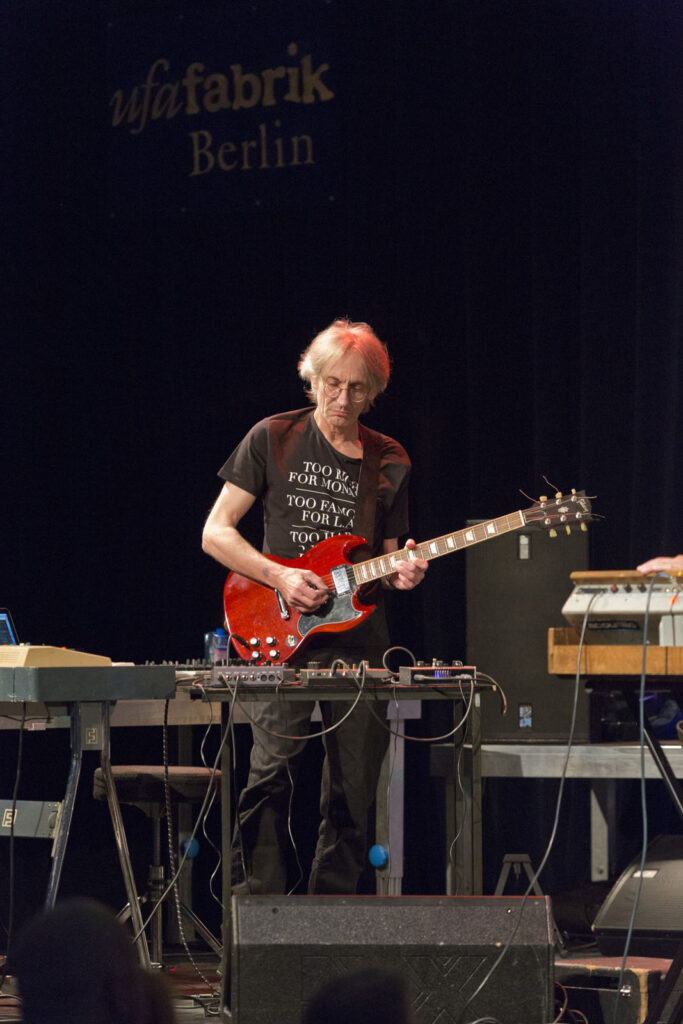